Released along the Yoshihiro Akiyama UFC 116 Walkout Shirt and the Shane Carwin UFC 116 Shirt, another walkout shirt by Dethrone Royalty was  made for the Australian George Sotiropoulos, member of 10th Planet Jiu-Jitsu.

Truly a metaphorical message, with a blindfolded king and complimented with the slogan “OVERTHROW STATUS QUO”. 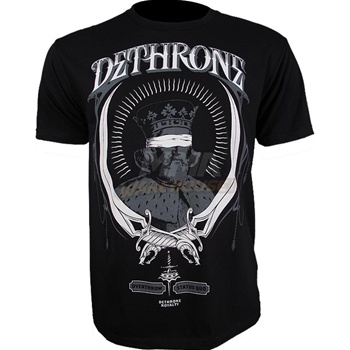