Watch UFC 113 On the Go with FLO TVMobile MMA

Catch UFC 113: Machida vs. Shogun straight from your mobile phone or FLO TV. 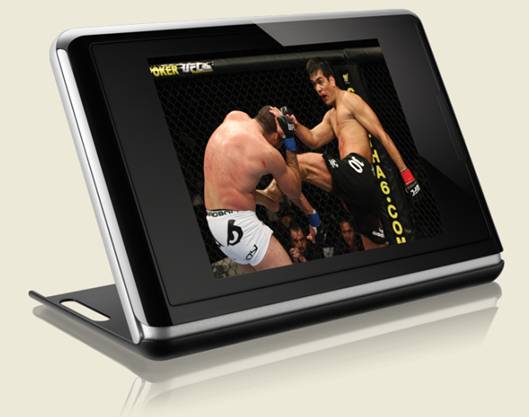 It’s happened to the best of us. It’s Saturday night and we’ve got other commitments and obligations but you know that what you REALLY want to do is catch the big fight on. As much as we might want to be at two places at once, it’s just not physically possible. But what if we told you that you can get the best of both worlds while being at the same place?

Truth is, you can. FLO TV, the company that innovated the mobile broadcast TV category, will now be offering live mobile coverage of  UFC pay-per-view events giving fans everywhere the ability to watch these exclusive fights from almost any location as they happen.

This isn’t complicated. In fact, it’s super simple. It’s mobile TV at the touch of a button. This is FLO TV.

FLO TV’s UFC pay-per-view offerings launch this Saturday, May 8th at 10pm EST/7pm PST with UFC 113, featuring the rematch of UFC light heavyweight champion Lyoto “The Dragon” Machida and challenger Mauricio “Shogun” Rua. As an added bonus for FLO TV viewers, they will be able to relive all the action with event replays for additional 24 hours. This mixed-martial arts event will mark the first in a series of pay-per-view events to be offered on the FLO TV service.