Check out the Affliction shirt of the only man to have defeated Fedor Emelianenko. Fabricio Werdum faced off with Fedor Emelianenko in Strikeforce for the WAMMA Heavyweight Championship, with the former sinking in a triangle choke/armbar and making “The Last Emperor” tap within 69 seconds. It’s one thing to beat Fedor, it’s another to do it in such dominating fashion. 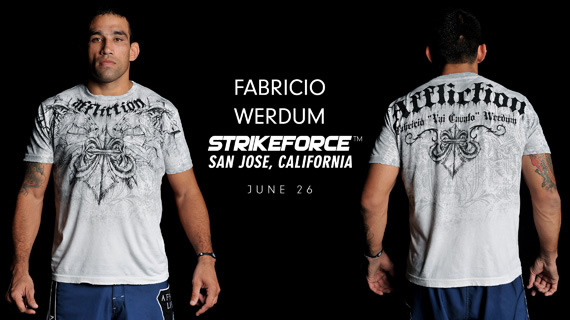