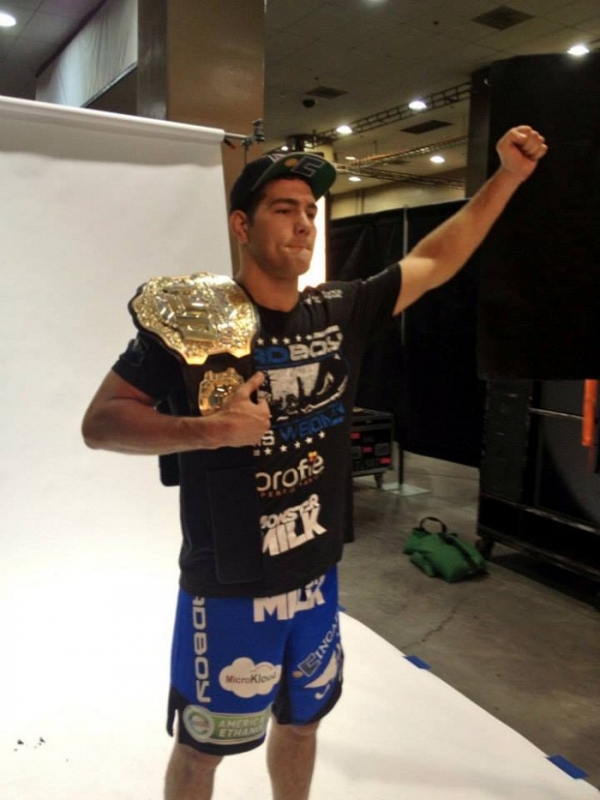 It’s really surreal as an MMA journalist to be typing the phrase ‘new UFC middleweight champion’, but that’s not to take away anything from Chris Weidman. He beat Silva in his own game and it was just recently announced that he will have to defend his belt against Anderson Silva at UFC 168 in December. For now though, check out the walkout shirt that he wore as he prepared to face the champion at UFC 162!

The Bad Boy Chris Weidman UFC 162 Walkout Shirt not only pays tribute to the fighter but also his roots, featuring an East Coast and New York theme all around. Featuring Bad Boy and Chris Weidman graphics all around, this slim-fit shirt is constructed with a unique blend of 50% polyester, 25% cotton and 25% rayon making it more than perfectly adequate to train in and to wear outside to show support for the new middleweight champion. It is pre-shrunk so it won’t shrink in the wash, with the graphics making use of soft-hand ink. Best part? Designed in California, Made in the USA. (ahem, Apple.)