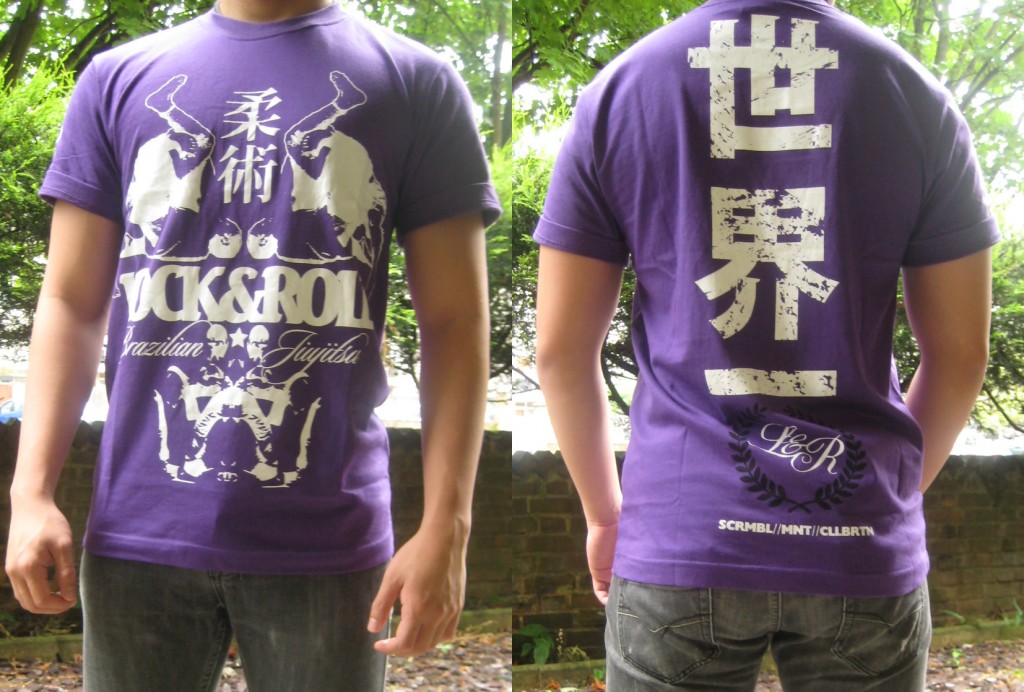 Scramble have collaborated with the might mighty Manto for a super special, super exclusive limited edition, super awesome explosion of front, back and shoulder print t-shirt purpleness in your face.

“Lock & Roll”… get it? Like Rock and Roll! Only Janglished! And to do with locking! And rolling! And jiu jitsu stuff!

The back says “Sekai Ichi” in Japanese, which means “World Number 1″.

This awesome purple t-shirt is an infusion of both Eastern simplicity and Western boldness; serving as a reminder that at the end of the day, we do the things that we do because we have fun doing it.

As for the shirt itself, it is made out of 100% cotton and comes in a normal cut. It is also true to size so I would advice you to purchase your usual t-shirt size. You can still pull off the pseudo athletic cut look by folding the sleeve seam as I’ve done in the photo above.

Available at an affordable price of £20 ($30). Check out this cool shirt and other fresh designs at ScrambleStuff.com