Have a go at this awesome Virus Mark Munoz RAD Signature Tech Shirt! 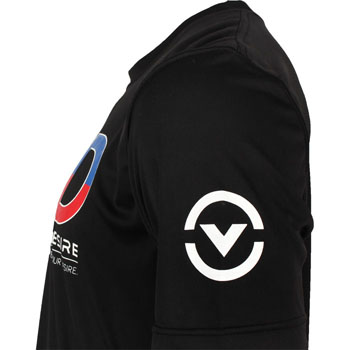 VIRUS is a new MMA clothing company that have implemented some great technology into their apparel. Now, they’ve teamed up with Mark “The Filipino Wrecking Machine” Munoz to create the Virus Mark Munoz RAD Signature Tech Shirt.

After an impressive victory against Tim Boestsch at UFC 162, Mark Munoz has signed to fight a crucial middleweight bout against Michael “The Count” Bisping at a UFC in Manchester, England on October 26, 2013. This may be the Mark Munoz Walkout Shirt for that fight.

Bouncing back from depression, the Filipino has come up with the acronym “RAD” which stands for “Resilience, Adversity and Desire”. This RAD art is also complemented with the Filipino flag’s colors, something that Pinoys worldwide would be pleased about as it is very representative of their culture.

This shirt is made out of what Virus deems as “Cool Jade” fabric, which promises to reduce skin temperatures by about 8 degrees F or 2 degrees Celsius. This shirt is also fitted so take that into consideration when placing your order for the Virus Mark Munoz RAD Signature Tech Shirt. 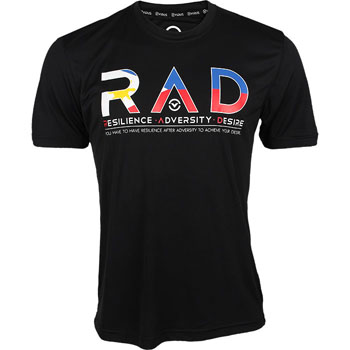